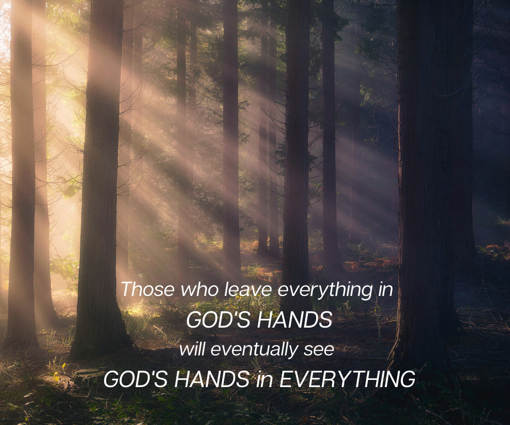 It seems like forever ago we announced that Jag was hitting the road. In fact, it was 1.5 years ago, September 2019, but this thought started six months before on our way home from the WACE Conference in Disneyland. We were rushing home to beat the snowstorm and we just left our hotel in Oregon. As I looked over the pastures, I felt this huge sensation come over me that said, “Go on the Road.” Anytime this happens and it’s something I do not want to do; I know it’s a message from God because my heart rate increases like adrenaline. That may sound weird to some of you if you don’t believe in God, but God does talk to us in many ways. It’s hard to explain unless it’s happened to you. It can be the most exhilarating and scary thing and at the same time, doubt comes in, which for me is Satan trying to doubt our senses of truth as we believe it.

Anyway, I disregarded it because it wasn’t something I wanted to do. Well, when you disregard God and his plans, life starts getting hard and things started getting hard for us. Slowly God started whittling things away … friends, office, home, family – all the things that were the reasons I wanted to stay. I started researching living in an RV, not something I really wanted to do but since there was a chance, we would lose our home, Jim and I started looking into it and decided this is what we should do. Once we agreed with God’s plan, things started turning around. The timing wasn’t right I assuming and I’m so thankful to God because I couldn’t imagine living on the road during COVID-19. The year 2019 was a more difficult year for us than 2020 but it led me to start growing closer to God.

It’s now been a year since I started reading the Bible every day. God’s Word is the one thing that kept my anxiety down during COVID-19, riots, politics and everything that made 2020 a stressful year. My faith and trust has grown tremendously. He really does have unfailing love, which is repeated over and over throughout the Bible. I am learning to talk to God about everything, hence the quote, “Those who leave everything in God’s hands will eventually see God’s hands in everything.” This is where I am now.

You might be asking how does it all make Jag one step closer to hitting the road? Well, this is all background to how Jim and I got to last Saturday when we purchased our Ram 2500 that is needed to pull our Fifth Wheel trailer.

We were just looking at trucks online when Jim saw THE TRUCK that he felt God wanted us to have. It’s a feeling like I said. The funny thing is that it was white, THE ONE color I told a salesperson I didn’t want. God does have a sense of humor. Anyway, we made an appointment. Any time, you’re buying a car the negotiations are grueling. 2019 was hard on both Jim’s and my credit – it was pretty beat up and trading in our 2009 truck wasn’t enough of a down payment. I look at Jim and I see the disappointment in his face. He didn’t understand because he knew this was the truck but as I look at him, my heart starts to race AGAIN and just as Jim was accepting the outcome, God is telling me to sell the FRS. I didn’t want to sell it until just before we moved in April. Jim never mentioned my car, only God. We drove home and picked up my car. On the way home, we were talking about how the truck was our first step. I was talking about the “compound” for lack of a better word we plan on building. Jim said, “no, homestead.” I like the sound of homestead. Funny thing, on the way back to the dealership, we saw a HUGE SIGN that said, “Homestead.” We didn’t see it on our previous drive there. For us, this was God telling us we are on the right track.

Got to the dealership, again, more negotiations. The negotiations weren’t going in our favor in my opinion. It finally got to a point that I said, “I’m out of it. It’s up to Jim. It’s his name.” We drove away with the truck 30 minutes later. As we were sitting there, Jim happened to ask if they had a Fifth Wheel hitch. They did! They sold it to us for $150, normally it’s $1,000 plus. Step two is now out of the way! As we drove away in our nice new truck, I just kept reminding myself about the “homestead” sign. Although I was mad, I knew this was our truck.

On the way home, we did a video. We talked about several things and about the deal itself, Jim said, “Well, everyone has to eat and they’ll eat good tonight.”  We left it at that and that night the smile and excitement on Jim’s face made everything worth it. He stayed up until 4 a.m. researching everything about that truck. We started looking at RV pull weight, accessories and let’s just say Amazon has a Ram wish list. You see Jim is a planner. Our house is already mostly packed except the things we need over the next few months. Getting the truck and RV hitch gave him a sense of completion and that we are heading in the right direction toward the vision that God has given him. God has not given any vision. He just says, trust me.

Well, three days later, the finance manager called us and said we needed to come back to the dealership. They said the loan is approved but they worked out a better deal. What dealership does that after the deal was signed? What bank drops an interest rate after the deal is signed? Well, if you have faith in God and leave everything in His hands, these kinds of “wow” things happen. We didn’t pray for it. God knew I was upset. God knew Jim was just grateful. Side note, Jim doesn’t hate much but he hates banks and God show him that He can use banks for the benefit of His children. God’s hand was all over that deal and He didn’t let them take advantage. The salesperson said the finance guy stated, “Sometimes karma things happen.” Well, we know it’s not karma. It’s ALL GOD! I have to say I was blown away and very thankful. Jim just says to me, “See what God can do. I’m just following what He tells me.”

Note: if you enter in the words, it'll automatically generate results, or if you press enter key on the keyboard, you'll go to an overview search result page!